Victoria Day weekend traditionally marks the beginning to the Canadian Summer.  For us, we decided to take a short trip to Advocate Harbour to see the land that Jackie's ancestors settled on.   Lt Robert Spicer was one of a handful of English Loyalists who were granted land after the American Revolution.   He, and his wife Priscilla, started a family that will go on to become quite famous in the sailing industry of Cumberland County, Nova Scotia.

It was about a three hour drive to cross into Cumberland County, where we came upon the Age of Sail Heritage Centre in Port Greville.   A must see !!   They ask for a small admission fee, but it is well worth the change from your pocket.   Please stop by if you are in the area.   PS.  We even found a couple pictures of the "big four" Spicer Sea Captains and some of the treasures they brought back from the Orient. 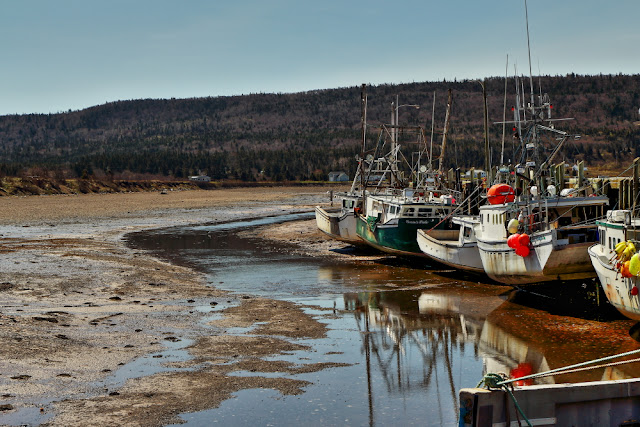 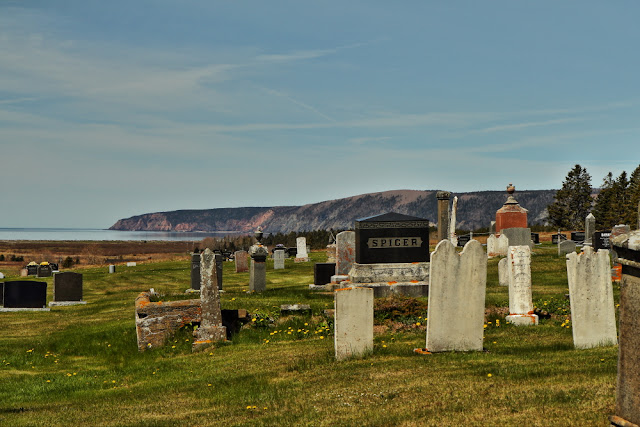 From there, we continued along the coast until we came to Advocate Harbour.  Now, I have to admit, there isn't a whole lot going on in this part of Nova Scotia.   At one time, it was home to the largest ship building industry in the province, but that has since faded away.   But, but, a BIG but, if you are in the Advocate Harbour area you have to stop by Wild Caraway for lunch or dinner.   This is a hidden treasure.  You would never expect a gem like this to be tucked away in such an unpopulated part of Nova Scotia. 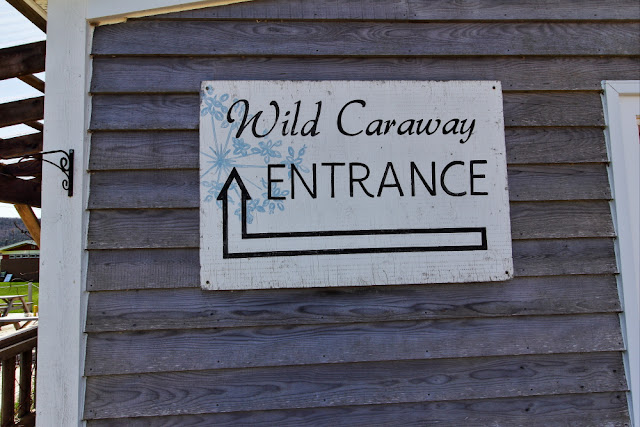 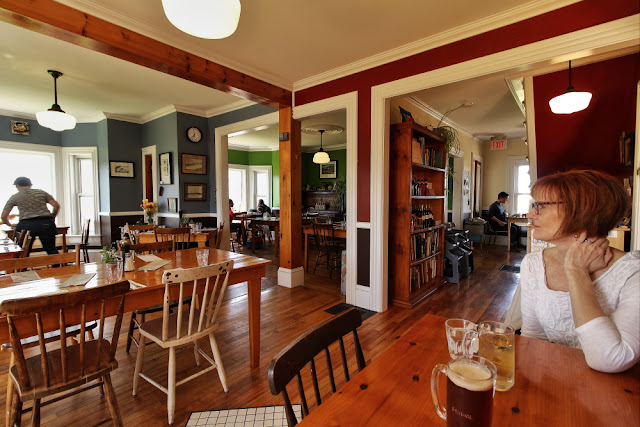 Along with our choice of cider & beer, I had the ploughman's lunch and Jackie had the seafood board.   You can check out their menu in the link provided at the bottom of this post.   And I will say this again ... don't pass this place up !! 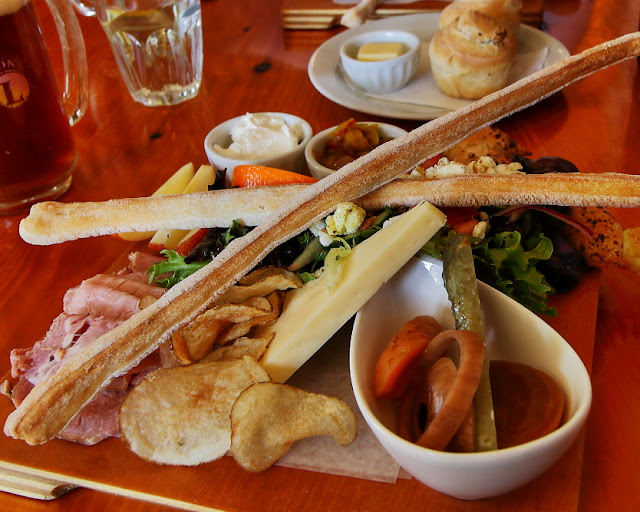 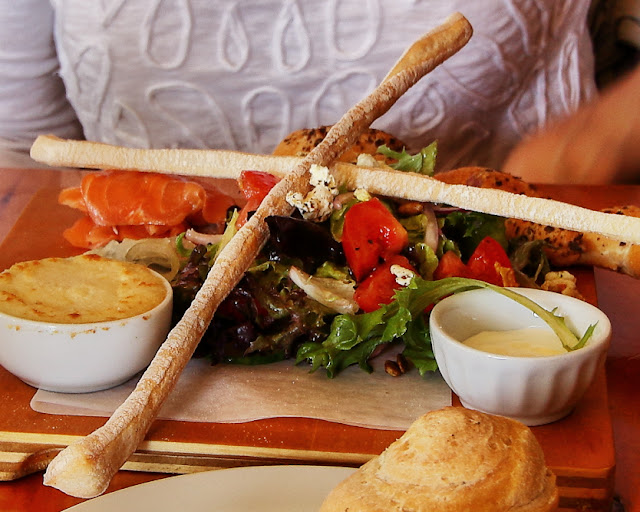 After this delicious lunch, we made the 10 minute drive to the Cape Chignecto Provincial Park and took a short hike to see what we could see.   The park is known for their wilderness trails, but they do offer a great "day use" area.   I think we will be back to explore their wilderness area ... with proper gear, of course.

Long story (drive) short, we ended up in Moncton that evening.   Our plan was to visit Hopewell Rocks the next morning ... come rain or shine.   And the forecast was for rain - argh !  But, to our delight, the rain held off and we only had to fight a very dense fog.   We were at the park a few minutes before 8am, and the only ones there when the gates opened.   Low tide was not until 10:56, but we knew that the ocean floor would be clear when the park opened.   So, we made the short trek to the steps leading down, and what a surprise.   Not only were we the only ones on the floor, but the fog actually gave me a nice curtain for the background to my pics.

I am terrible at picking out "just a few" pictures to show off, so here are quite a few.   Jackie, in her neon green jacket, shows you how big these rocks really are.   We were joyfully surprised how far we were able to wander.  It seemed that every time we thought we had reached the end, we either rounded a rock or walked through a natural void.   This too, is a must see if you ever get to the Moncton, New Brunswick area.

PS.   Get there early.   We arrived at 8 and didn't see another soul (except for the Park Employees) for a good hour. 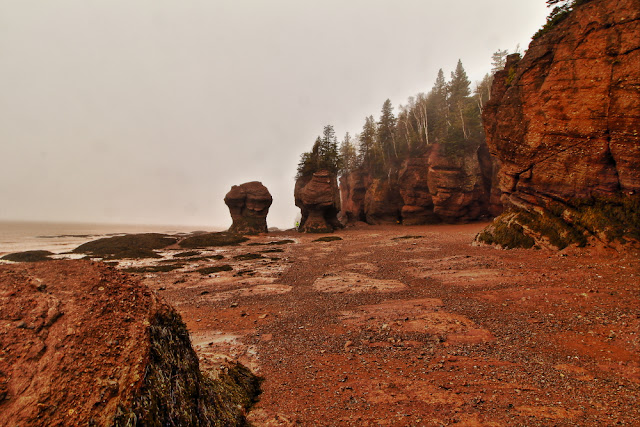 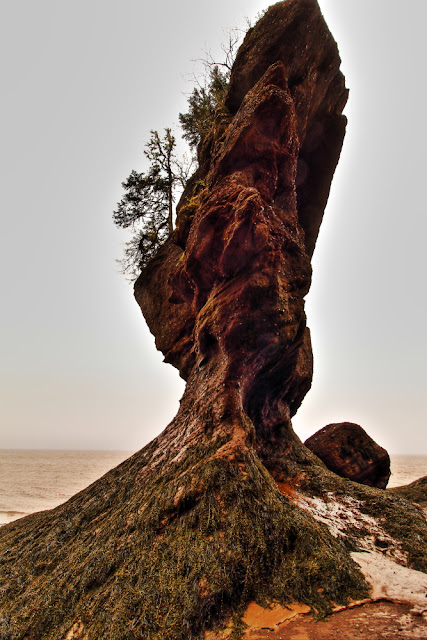 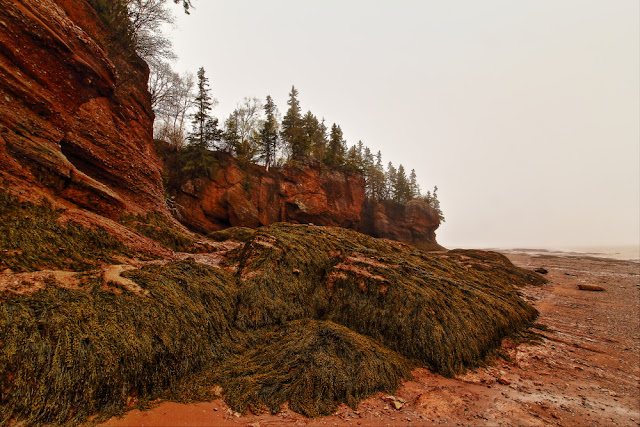 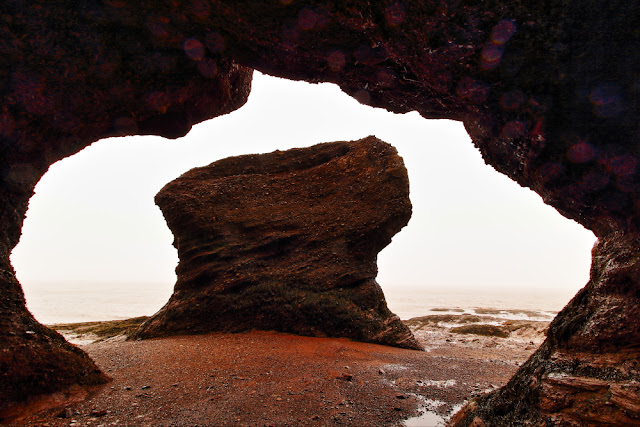 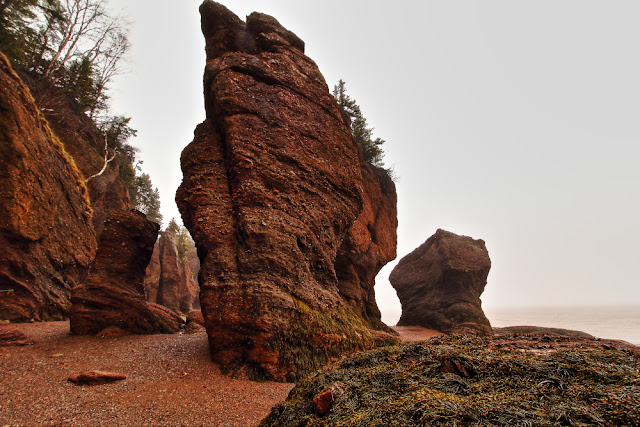 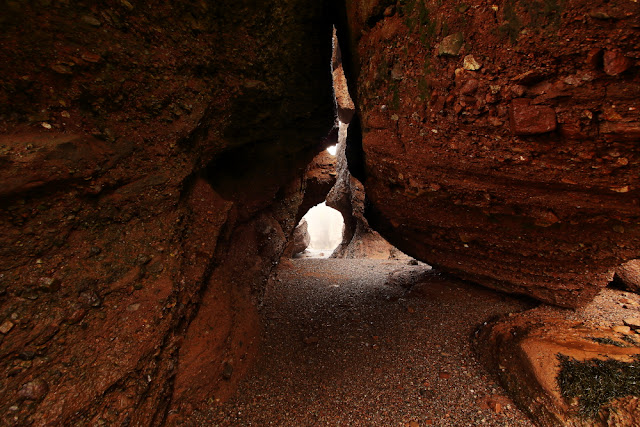 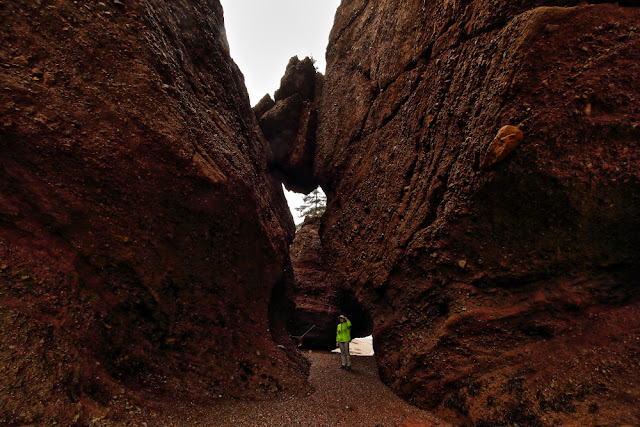 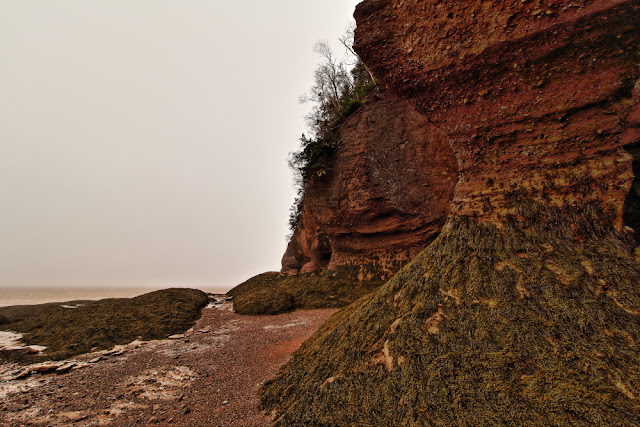 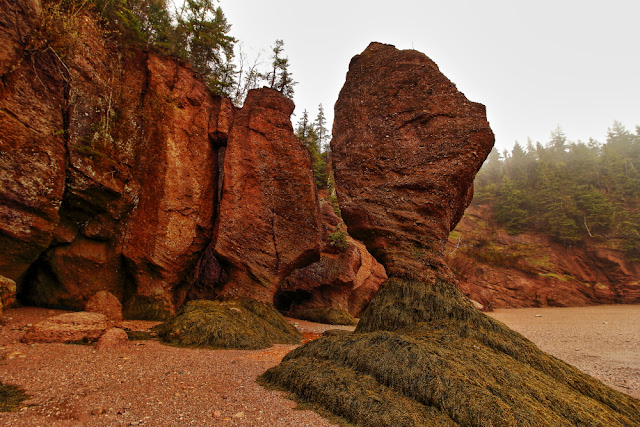 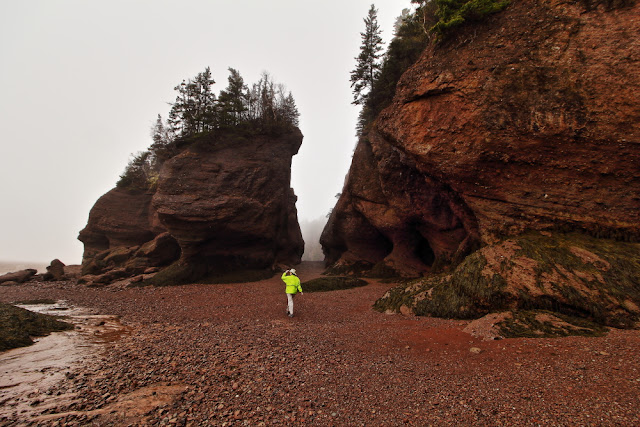 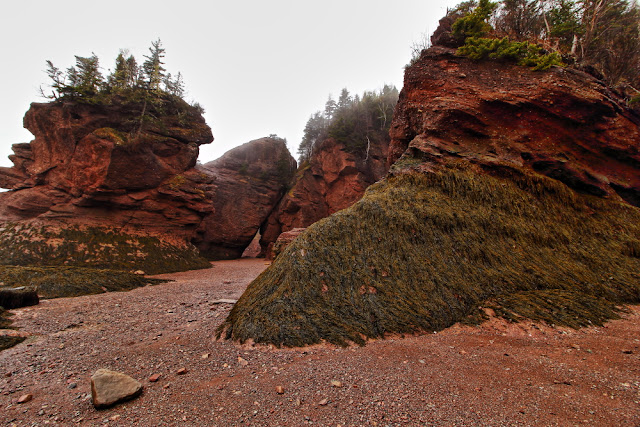 Posted by Daniel Bosgraaf at 16:44 No comments: